Photo by Tyler Shores from Pexels

Throughout the year, rent declines have been so substantial that the median two-bedroom apartment in the city is now renting for the median price of a one-bedroom a year ago.

As reported by SF Weekly, In December, rents for one-bedroom apartments in San Francisco fell another 1.5 percent, to $2,660, down 24 percent year over year, according to data from the real estate analytics company Zumper. One-bedroom rents are now down 28.5 percent from a June 2019 peak of $3,720. Rents for two-bedroom apartments in the city fell 2 percent in December to $3,500 and are now 22 percent lower than a year ago.

These declines are mirrored in Silicon Valley cities like Mountain View, Menlo Park, and Redwood City, providing further evidence for the so-called “tech exodus” in Utah and Texas.

Oakland has also seen a dramatic, 22 percent year-over-year decrease in median one-bedroom rents. One-bedroom rents in San Jose are down about 15 percent. Price declines for two-bedroom apartments have generally been lower than for one-bedrooms, as people seek more spacious arrangements. 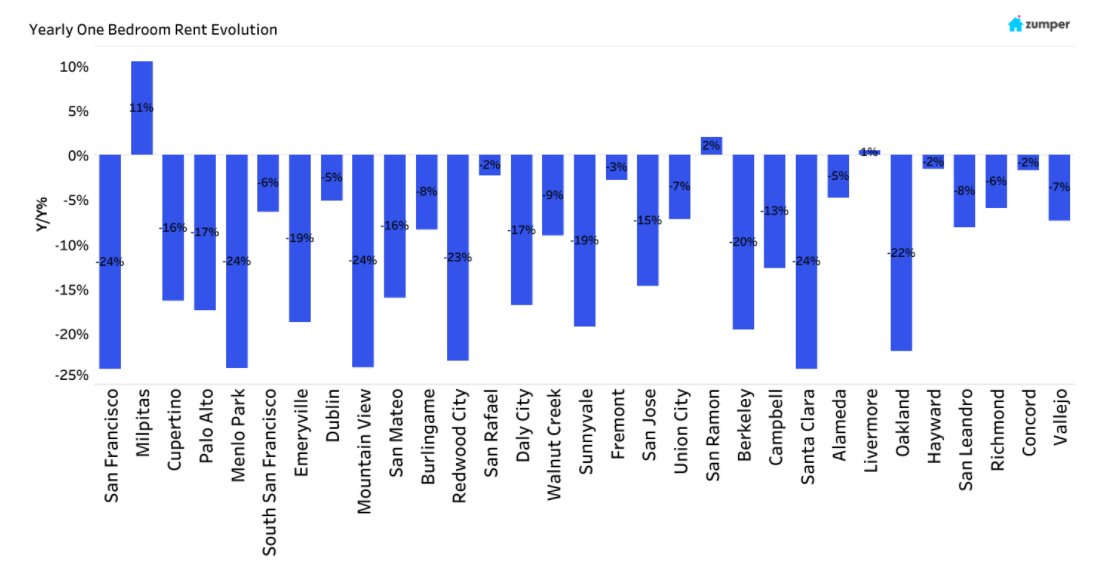